Prime Minister Sher Bahadur Deuba has been under increasing pressure from within his own party, the Nepali Congress, to change the ministers in the government.

Stating that the performance of the party’s ministers in the government is weak, there is increasing pressure from within the party on Prime Minister Deuba, who is also the NC president, to change the ministers.

According to Congress sources, Deputy President Purna Bahadur Khadka has also been dissatisfied with the performance of some ministers in the government. A Congress leader close to Deuba said, The leader is suggesting to change the minister. ‘ 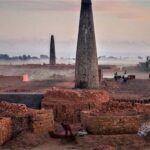